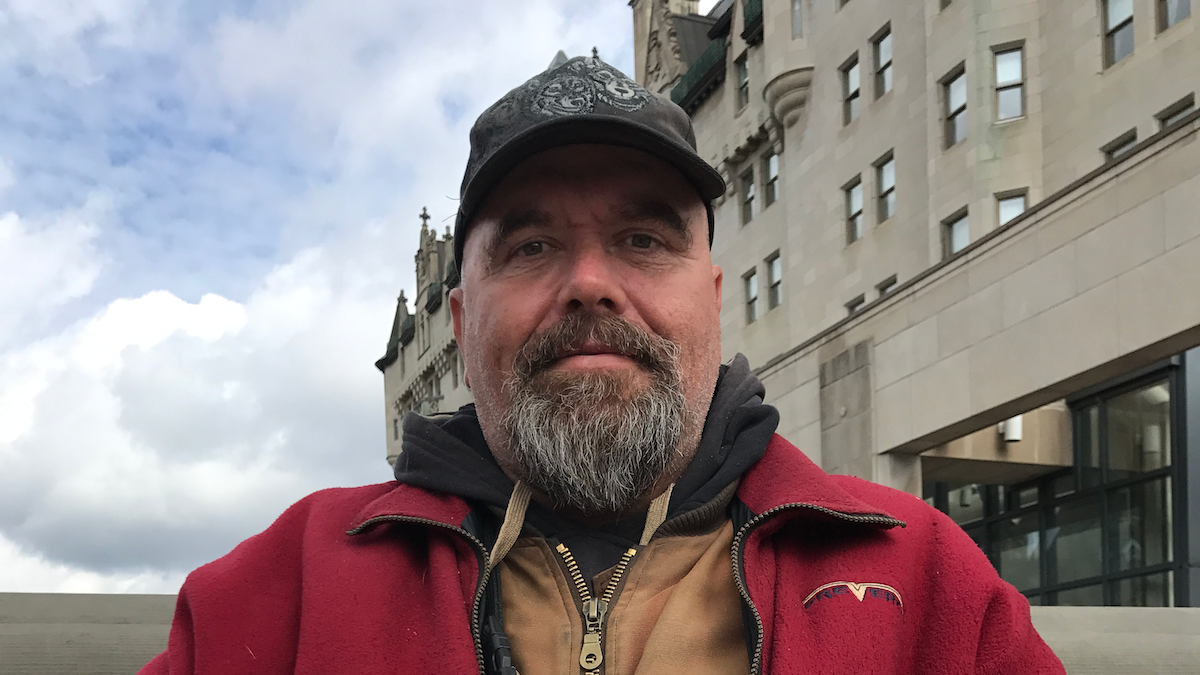 This is Jim K. I spent time chatting with him the last time I was in Ottawa with my daughter (over two years ago now), and gave him some money to help. Any mistakes are mine, and the next time I go to Ottawa, I'll check in with him.

Jim has spent everyday that he can for years panhandling on the Plaza Bridge right next to Parliament Hill to pay for his prescription drugs.

Jim is second generation Algonquin of Pikwàkanagàn First Nation, so he is ineligible for any support due to his heritage. He has been unable to hold down a regular job because of his health issues. He’s had many Members of Parliament stop by to speak with him during his years next to parliament. All promised to look into things. Nothing changed.

I asked him what drugs he took and for what, he pulled out a very-creased well-worn two-sided list of medications. Take a BIG breath.

He uses testosterone patches to deal with androgen deficiency, esomeprazole for digestion issues, duloxetine for depression and anxiety, docusate sodium for bowel problems from having to sit on his wheelchair for so long and due to his pain meds, rosuvastatin for high cholesterol, amitriptyline and pregabalin for fibromyalgia (and depression), naproxen (over-the-counter), Robaxacet (over-the-counter), tylenol (over-the-counter) and tramadol for pain, metformin for type-2 diabetes, furosemide and perindopril for high blood pressure, omega 3 to support general health (over-the-counter) and last, but not least, zopiclone for insomnia.

With all that I don’t think I would fall to sleep either. And I don't think there's enough time in a year to panhandle for enough to pay for all these drugs.

Bear in mind, he is partially covered by the province. But, with over-the-counter medication (that are not covered) and multiple co-payments and deductibles, it really adds up. It may seem negligible to some, but on a fixed income it is truly catastrophic. Catastrophic enough to have to spend most of your time panhandling just to make ends meet.

But is is clear that Jim has fallen though gaps within the gaps.